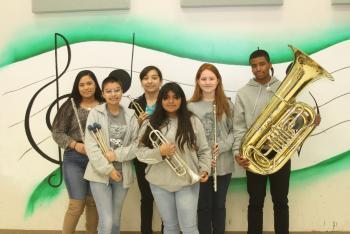 Hempstead High School students participated in the Region 27 UIL Solo & Ensemble Contest on Saturday, February 8.  The students did very well at the competition with two qualifying for state. 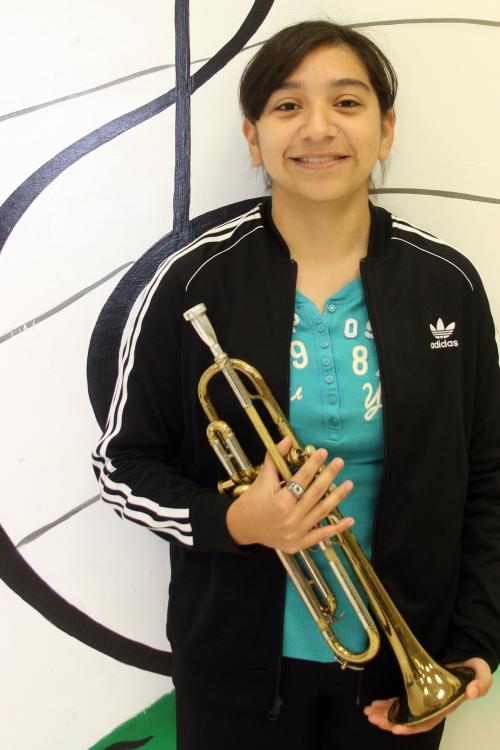 For the second year in a row, Aneliz Rodriguez, a junior at HHS, qualified for state after receiving a Division 1 Superior rating on her trumpet solo.  Aneliz proudly wears the UIL Championship ring she was awarded by the district after earning a Division 1 at state in 2019. Good luck at State in 2020 Aneliz! 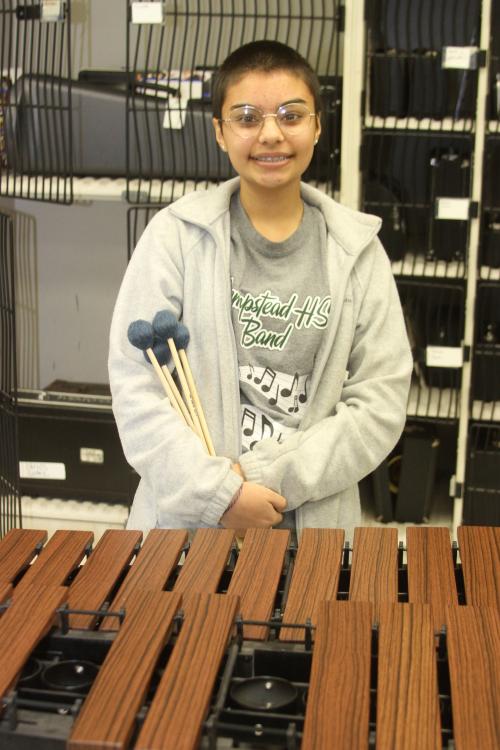 Marissa Joy, a sophomore, qualified for state after receiving a Division 1 Superior rating on her solo on the marimbas. This will be Marissa’s first year to compete at state UIL.  Good luck at State in 2020 Marissa!.

Rodriguez and Joy will participate in the Texas State Solo & Ensemble Contest in Austin in May.

Also receiving Divison 1 ratings at Regional were Maria Rodriguez on her trumpet solo and Roman Middleton on his tuba solo.  Karlea Capistran and Anahi Cifuentes both received Division 2 ratings on their flute solos.

Congratulations to these young musicians on a job well done.