Hempstead ISD will remain closed until May 4. 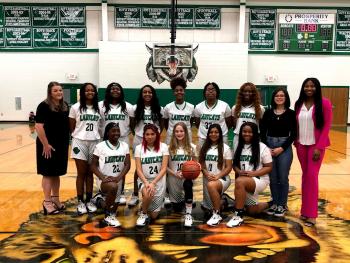 The Hempstead LadyCats finished the season as Bi-District Finalists in Basketball.  This is the first time since 2012 that the LadyCats have competed it the state play-offs.

Head Coach Christine Herbert said, “I am so proud of these young ladies!  They learned to put aside their personal differences and work together to reach the common goal.  It no longer mattered who scored the points, it only mattered that they did it as a team.”

After a tie for third place in district, the LadyCats defeated Onalaska Friday night, February 14, in a come from behind win to go in as a third seed in the state play-offs.

The LadyCats took on Palacios in the Bi-District round at Rice Consolidated on Tuesday night, February 18.  The LadyCats played hard but came up short against the Sharkettes to end their season.

Congratulations to our 2020 Bi-District Finalists!  We are very proud of the LadyCats and the season they had.

Hempstead ISD… One Town. One Team. One Goal!