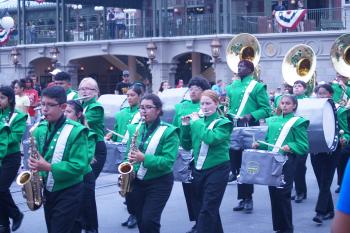 The Hempstead Bobcat Marching Band traveled to Orlando, Florida this summer to perform at Disney World’s Magic Kingdom.  Forty-two band students, along with their chaperones, made the trip to be a part of the Disney Performing Arts Parade on Tuesday, June 11.

Hempstead performed the Alamo March, Mr. Joe March and the Bobcat Fight Song for the park guests as they marched the streets of the Magic Kingdom.  Bands from Rosenberg and South Dakota also performed in the parade that day.

In addition to enjoying the Magic Kingdom, the band also went to Animal Kingdom and Hollywood Studios before returning home. 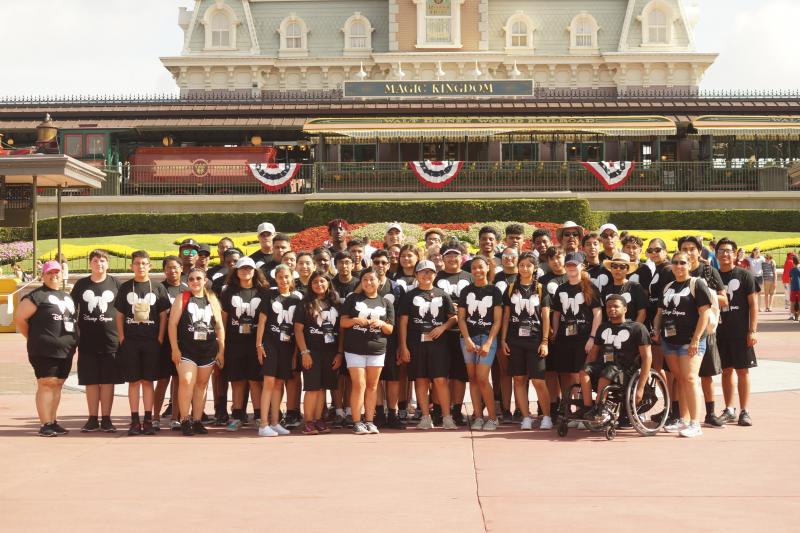 “The band students had a great time and a great experience,” said Director of Bands, Ronald Walker, Sr.  “We would like to thank everyone who helped make the trip possible.” The band raised over $10,000 from the community to help defray the cost for the students.

The band will have very little down time before getting ready to kick the marching season off this fall.  Click here to see more pictures from the Disney trip.